Few weeks ago Estonian teams completed their journey at the ECC 2017 at St. Gallen (Switzerland) and now is a good time to look back and ask how we did?

Estonian women (Team Turmann). I was actually surprised that team who was first time competing at the ECC won bronze at the B group. Of course, bronze means that we were first not to qualify to A group, but we can’t really put a pressure on the rookies to qualify for the A group. The result was exactly the same what year before at the ECC 2016 another Estonian team got (then skipped by Maile Mölder). It shows that Estonian women are competitive (in fact, these two teams – Team Mölder and Team Turmann – played at the Estonian Championships 2017 best of 9 series which was won by Team Turmann 5:4). Winning bronze meant that we were first not to qualify for A group but wins against Team Finland and Team Norway shows that our ladies are competitive playing against good teams. Let’s take a look at results of the ECC 2017:

After round-robin, our team had 8 wins and 2 losses and 2nd place in the standings behind Norway and ahead of Latvia and Finland.

Most important game to qualify to A group. Unfortunately, we lost that game, mainly due to 4th end, where Latvia scored 4 points and after 4th we were down already 2:7. Our ladies fought until the end, but it wasn’t enough. It just wasn’t our game!

It was a good quality game from both teams and by the smallest margin, Estonia won and this was a good way to end the journey winning the round-robin winner.

For the conclusion: Team Turmann proved themselves that they are a very competitive team at the European level and the dream of reaching A group is not impossible. We have to thank also the coach of the team – Nicole Strausak – for her contribution to the success of this young, talented and ambitious team. 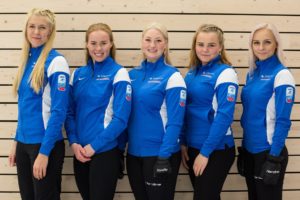 Estonian men (Team Harri Lill). Knowing little bit more of the background it wasn’t easy task for Harri to compete at the ECC. One of the most important peaces of the team (third and vice-skip) didn’t participate. Our men also didn’t have a coach and we had 3 players who were first time playing in the major event. Let’s take a look at results of the ECC 2017::

Altogether our men played 9 games of which in 7 games there was only one point margin. In the round-robin, we had also 3 extra end losses. Apart from the Belgium game, we were playing until the last end and rock in almost every game. The team itself says that the best game was against strong Team Finland where the opponent had to score 3 points at the last end to win a game by one.

For the conclusion. The team only won 2 games, but these were the most important wins of the tournament. It’s not easy to go to relegation games with 7 losses. But just then the team showed what they are made of pulling out 2 one-point margin wins and first one at the Extra End (c’mon it had to change at some point). I believe this ECC is a valuable experience for our young team. They showed that you have to believe in yourself no matter what. 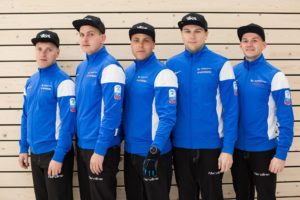